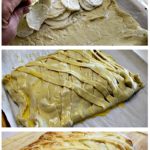 This rosemary potato strudel recipe is a great potato recipe for any holiday. Thin sliced potatoes coated with sour cream and seasoned with rosemary, chives and garlic are nestled and baked steamy in a golden puff pastry. Rosemary Potato Strudel is clever show stopper side dish … and popular. 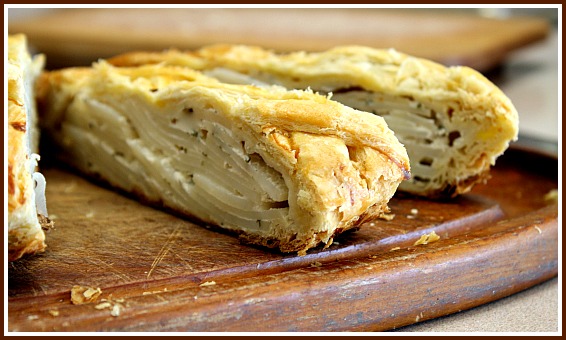 I’m usually not one of those bloggers who is organized enough to cook, create and blog about a holiday recipe in time to capture the Google traffic looking for ideas. But last weekend found us snowed in with a foot of snow swirling about and I was able to make this potato strudel recipe that I’ve had my eye on for sometime.

An absolutely the best holiday potato recipe I’ve found. Perfect dish for our upcoming Easter meal and for once I’m not blogging in arrears.

You’ll find a video on how to build this potato strudel below.

I was a little apprehensive, after all there is dough involved and you know my doughaphobia, but I’ve used frozen puff pastry before and so I decided to charge right in with ears tucked back.

And as far as I’m concerned, there’s never enough potato recipes to experiment with, and this one turned out delicious. 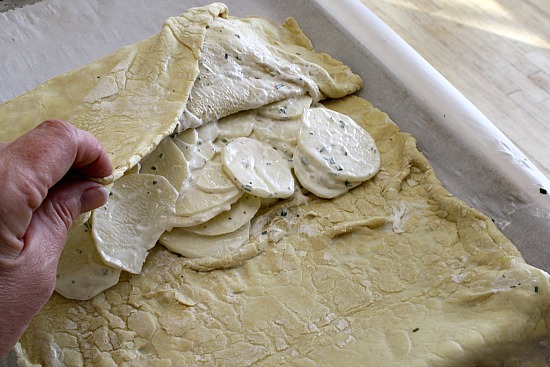 Just thaw a box of puff pastry sheets. Lay them out end to end and press them together with damp fingers to seal the seams. Using your mandolin, slice the potatoes and in a large bowl mix them with the sour cream and seasonings. 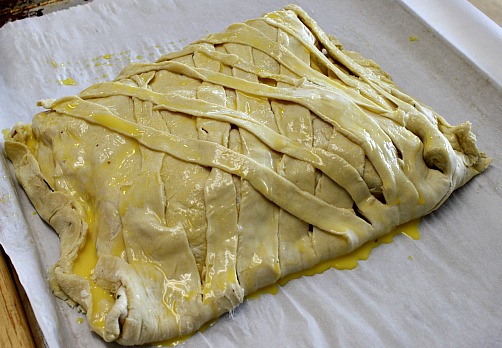 Wrap the strips over the packet of potatoes, seal all edges and then coat with a milk and egg mixture for a nice golden crust. 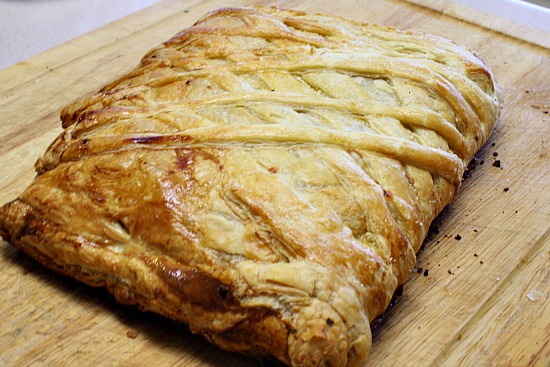 Pop it into the oven for this bundle of potato joy. 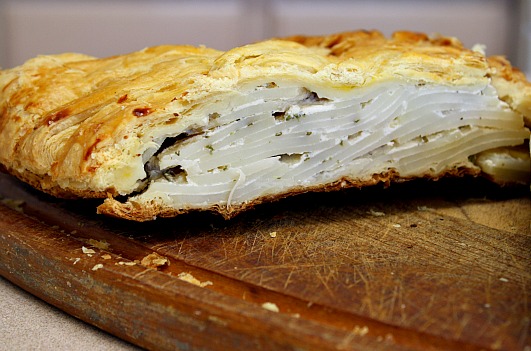 With a serrated knife, slice and serve.

I hope you give this potato strudel recipe a try, and if you do, please come back and give the recipe a star rating. And please leave a comment about your experience with the recipe.

And if you have a recipe that you consider to be a best holiday potato recipe, please let me know, I’d love to give it a try. 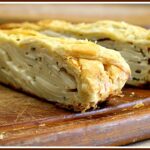 Rosemary Potato Strudel …It’s What’s for an Easter Side Dish.