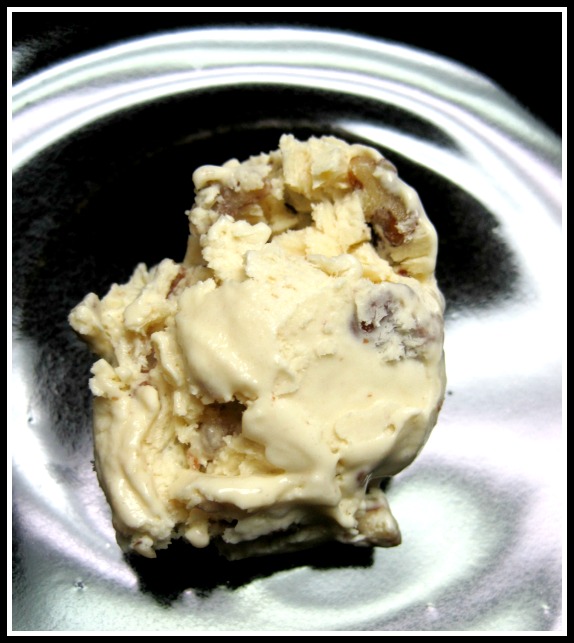 My favorite dessert, hands down,  is ice cream.

Usually I’m a plain vanilla girl, but with the resurrection of my ice cream maker this summer (which has been sequestered in the basement for the last 5 years – another story, for now let’s just say it was a case of ice cream maker behaving badly and leave it at that)  I’ve really enjoyed testing some new flavors.

About a month ago, I found a blogger up in Canada, Closet Cooking (that’s the size of his kitchen). Kevin notes that he became bored of making the same things all the time.  Well, he has taken “trying new things” to a whole new level.  Take a look at his blog:  www.closetcooking.blogspot.com    “Kevin in Toronto” (as I call him) turns out recipe after recipe, day after day, week after week – he’s a test kitchen poster child.

Our friends Dan and Teri came over Sunday night for some chili, some soup, some corn bread and some wine.  I served this for dessert and Dan said, “This is the best ice cream I’ve ever had”.