Paella. I’ve never ordered it in a restaurant and I’ve only prepared it twice…and used the same recipe both times.  In other words, I’m far from an expert. Actually I know hardly anything about the dish except that it’s Spanish and that you’re supposed to have a paella pan…which I don’t. About ten years ago, I saw this recipe in Cooking Light and made it and we loved it. It’s been sitting around in my recipe database all this time.   I just served it for the second time last night and we still love it.

This recipe is bursting with flavor. How can you go wrong with andouille sausage, shrimp, hot chiles, cumin, cilantro and lime….and that’s only a partial line up.   There’s so much going on in this recipe that one might think the flavors would compete, but it all comes together nicely with an incredible end result. It makes enough to feed an army and it takes a bit of doing to get it to the table. Let’s take a look. 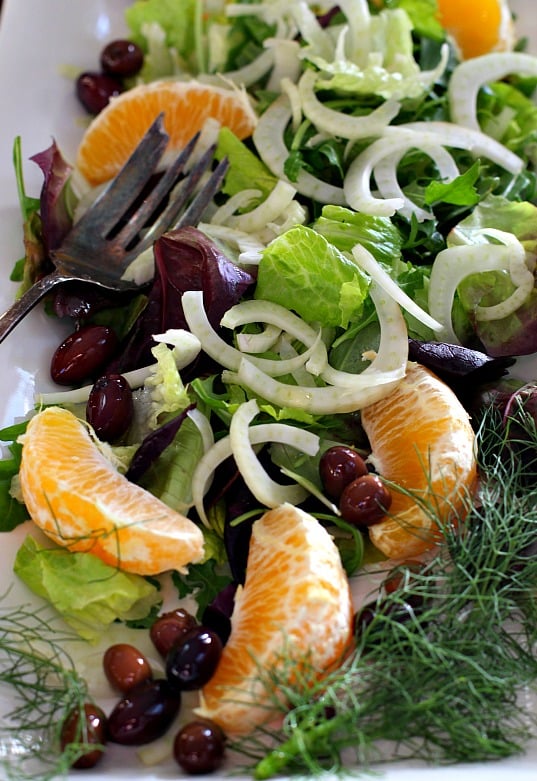 A perfect salad for that paella is this fennel, olive and orange salad. Crisp and refreshing it will complete this lively Spanish meal.