This is an oven brisket recipe, how to cook a beef brisket low and slow in the oven so that it’s oh so tender and oh so delicious.

Thanks to Stubb’s Legendary Bar-B-Q sauces for sponsoring my post and providing me with product. All opinions are my own. 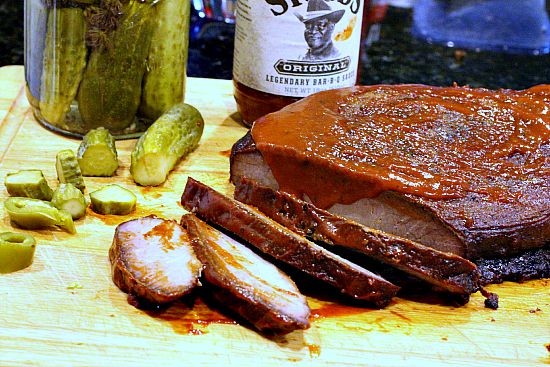 I’m not one to venture out and fuss over a $50 piece of meat on the grill. I’m afraid I’d ruin it. I’m much better with a pot holder and oven than with flame and long tongs. That said, this slow oven-baked brisket is tender and mighty tasty. 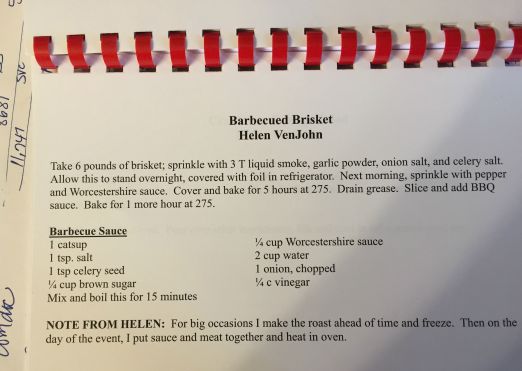 I was recently back in Kansas and my cousin Susan was showing me their Bergkamp family cookbook. I came across an oven brisket recipe that I knew I had to try. After all, I’ve never cooked a brisket and this sounded ridiculously easy to do.

With a sprinkle of Liquid Smoke and spices and an overnight rest in the fridge, some Worcestershire the next morning and a slow bake…this ended up to be tender, juicy and just incredible. 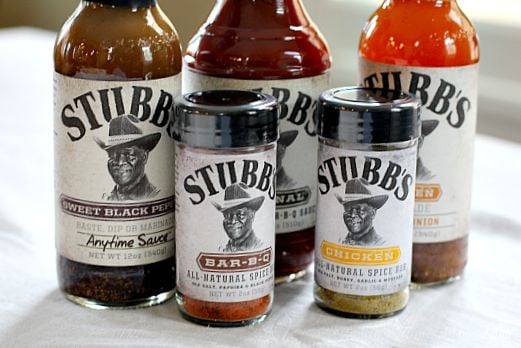 Thank you to Stubb’s Sauces for sending me a free batch of their products. It made this adventure even easier than easy. I’ve been dying to try this brand for quite some time. Substituting their Original, Legendary BBQ Sauce for the sauce in the recipe proved to be a wonderful decision.

For me, it’s a perfect blend of flavors, a little smoky, a little spicy and a little sweet. It was perfect for that delicious fall off the fork and into your heart meaty goodness.

Interesting story from their website: C.B. Stubberfield, creator of the sauce is a West Texas hero known simply as “Stubb.” After serving in the army he opened a restaurant which became famous for it’s slow-smoked brisket with slaw and beans. Not long after, at the urging of his friends and restaurant patrons, Stubb began hand bottling his sauce at home using jam jars and whiskey bottles corked with jalapenos.

In the 1970s and early ’80s, the Sunday Night jams held in his small restaurant hosted such musicians as Terry Allen, Johnny Cash, Joe Ely, Jimmie Dale Gilmore, Tom T. Hall, B.B. King, Willie Nelson, Jessie “Guitar” Taylor, George Thorogood, Stevie Ray Vaughan, and Muddy Waters. Regardless of who was playing, Stubb would get up on stage and sing “Summertime” before the evening was done.

Today, Stubb’s heritage lives on in his legendary sauces, marinades and rubs, continuing to make people feel good all over the world. Though he started with only one sauce, Stubb’s full line now contains seven sauces, five marinades, two injectable marinades, five rubs, four cookin’ sauces, a moppin’ sauce and a wing sauce.

I want to try them all.

Update on this post, my friend Larry, over at Big Dude’s, a brisket expert adds this about oven baking brisket. “Every piece of brisket is different and cooks differently so it’s hard to use a single cooking time and temperature for all of them.  It is also a piece of meat with a very small window of just right and it goes from tough (under cooked) to dry (over cooked) very quickly.  Nearly all pro brisket cooks monitor the internal temp until it gets to about 195* then use the prob test – when a probe slides in and meets little resistance (like room temperature butter) its done.”  Thanks Larry. Next brisket in my oven will get this treatment.

Nothing goes better with brisket than a good potato salad recipe. 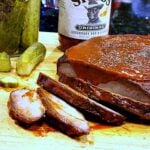