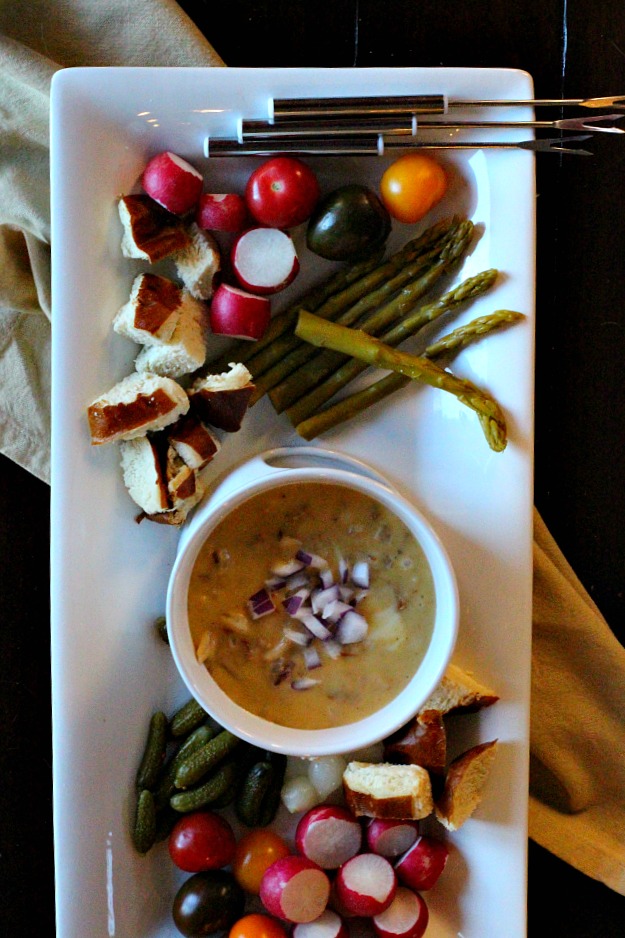 I’ve been fiddling around with the idea of resurrecting my fondue pot this year. The one I received as a gift in the 70’s and have used 3 times.

The promise of a great fondue party sounds so appealing. Friends gathered around bubbling pots of liquid things, served fireside, drizzling and dipping. But do we ever get that little chunk of raw meat or seafood cooked just right? And in all reality, it’s messy. To throw a good party, the more pots the merrier = a lot of prep.

The logistics of planning a full blown 70’s inspired fondue dinner party extravaganza makes be feel anxious, I’m still not giving up on the thought. But for now I’m sticking with the Swiss on this one. Cheese. Served appetizer style and I’m feeling perfectly fond of fondue. 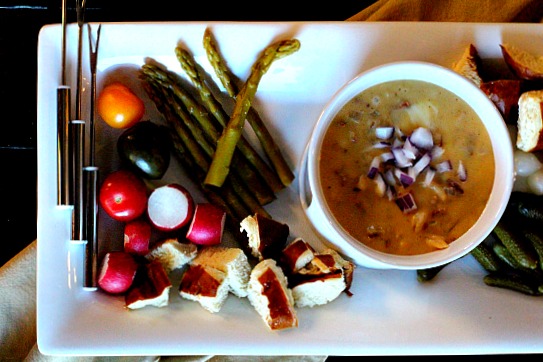 I judge a good recipe by the number of times I’ve been asked for the recipe. Let’s just say this one is a hit. My favorite of all the dippers was the light rye bread and the pickled items.  Very nice flavor combinations.

This cumin spiced, bacon and onion gouda fondue appetizer was a hit at one of my recent holiday gatherings. This recipe with call you to the table to grab a fondue fork and start dipping.

This can be served in a full-sized fondue pot, or an small appetizer version as shown here. If using a small fondue pot, keep wine on hand to thin as you replenish the cheese in the pot. The cheese will thicken if not served immediately. 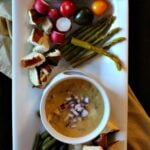 Looking for more Cheesy appetizer ideas?  How about this 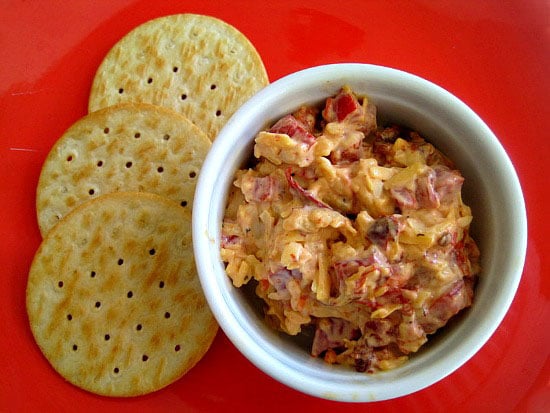