I’ve been cooking with an Instant Pot Pressure Cooker for nearly a year now. A Christmas present last year. At that time I was completely new the process of cooking with any type of pressure cooker. I’ve embraced the world of lock and seal quick cooking, one pot meals and have become a believer in the hottest countertop cooking craze.

But is there life beyond the Instant Pot? You bet there is. Cosori reached out asking me to take their six quart 9 in 1 programable pressure cooker for a test drive. I couldn’t help but enthusiastically say “yes.” And like any other review on Cooking On The Ranch, while this product was provided to me at no charge, my opinions are honest and my own.  So let’s take a look.

Extremely well packaged, I knew as soon as I took it out of the box I had a heavy duty machine in my possession. It’s very sturdy, weighing in at nine pounds. It feels and looks impressive. The machine has three adjustable temperatures, six pressure levels and 17 smart cooking program options. I found all of these options very intuitive to use.

To get a well-rounded feel for how the Cosori Electric Pressure Cooker performed, I decided to try several different styles of meals. 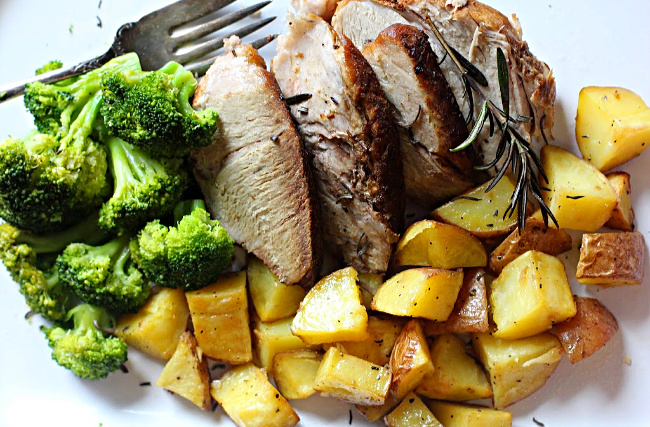 After the initial water test, I jumped right in with selecting a somewhat elaborate adventurous recipe of a Braised Pork Shoulder Roast from the recipe book that came with the machine. This recipe took advantage of testing the sautee feature and the meat/stew smart cooking program. The four pound pork shoulder roast came out beautiful in texture and infused with great flavor. Needless to say, my first impression was very positive.

For my second test, I decided to try out how the Cosori handled a pressure cooking staple, the dried bean. I chose a recipe from their website for Preserved Lemon and White Bean Spread. Following instructions, I soaked the dried beans overnight and then added them to the Cosori the next day with six cups of water, and used the bean/stew smart cooking program option. After a 30 minute pressure cook, and 15 minute natural release, the Cosori pressure cooker gave me perfectly plump, cooked beans to make this appetizer. And, what a great recipe find.

Next up was the obligatory hard boiled egg experiment. The Internet is chock full of fans evangelizing that there’s no better way to cook a hard boiled egg than with an electric pressure cooker. I’d have to somewhat agree with that, but it has been hit and miss with my current cooker. And unlike the Instant Pot which instructs a time setting only, the Cosori uses the beans/chili smart cooking program and instructs to change the pressure level to less/low.

The eggs came out a little underdone, somewhat as how eggs are described as 4-minute eggs. I happen to like them like that, but they’ll never do for making deviled eggs. Keep in mind I live at high altitude and hard boiling eggs always take a couple more minutes to cook. Next time I’ll increase the cooking time to cook an additional minute, or perhaps try medium pressure instead of low.

I really like the feature that allows one to adjust the pressure level. Seems smart and I look forward to becoming an expert on the adjustment option.

Here’s what I like about the Cosori Electric Pressure Cooker:

All in all, I can honestly say that I found the Cosori Pressure Cooker quite intuitive to use and recipes and end result cooking reliable.

Thank you Cosori for a very generous offer to give one of my readers a Cosori Electric Pressure Cooker. To be eligible to win, please leave click on the link below to register.

Here is the giveaway link: https://www.cosori.com/highlandsranchfoodie-v3-giveaway

DEADLINE TO ENTER THE CONTEST IS MIDNIGHT, DECEMBER 24 – winner to be chosen using a contest random winner program website.